Survivor Arrowe Park!
After Grand Howl and Inspection the Cubs were sent out onto the 'island' to look for 'news' of their team mates. These of course, were envelopes hidden around the grounds that contained bandanas (2 different colours) determining which team they would go into. 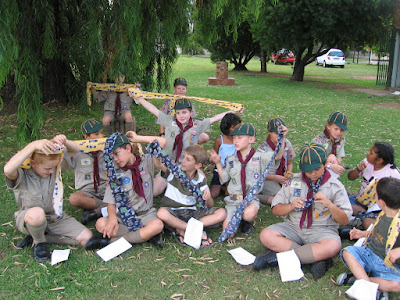 The 'yellow' and the 'blue' team 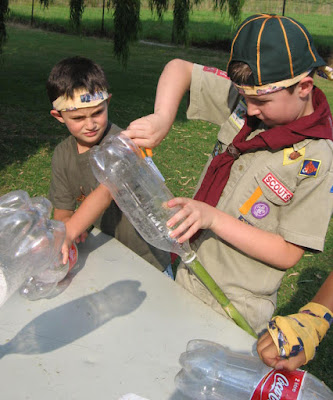 After a quick game, we got straight into making our torches for Tribal Council. 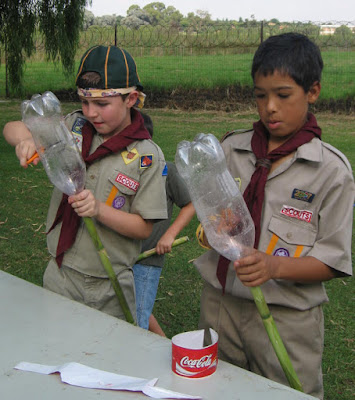 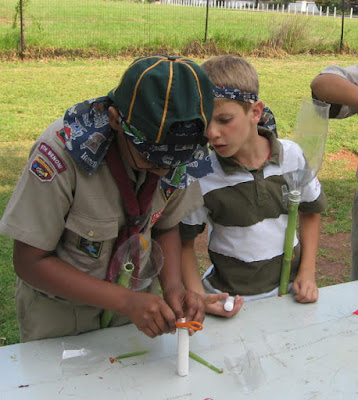 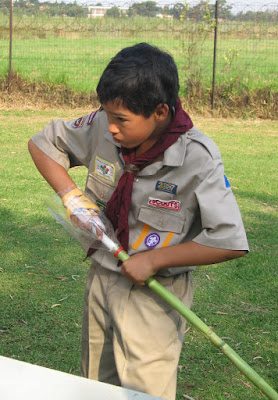 .. but they all looked great in the end. 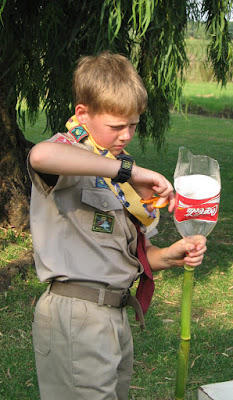 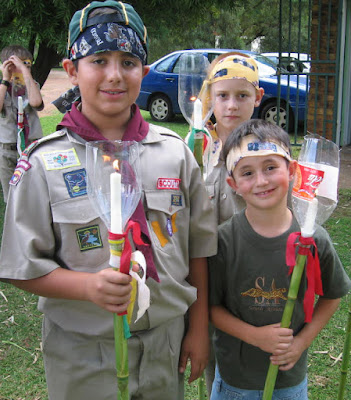 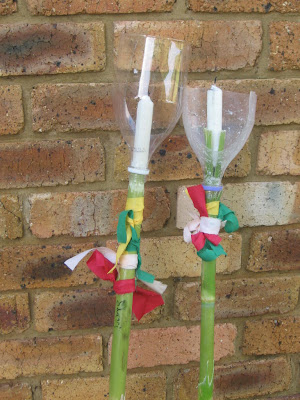 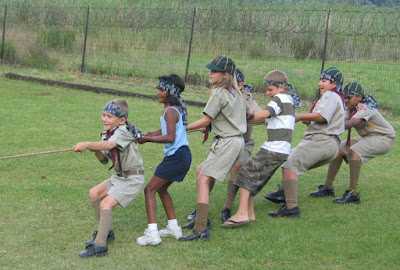 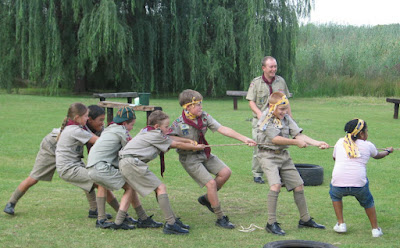 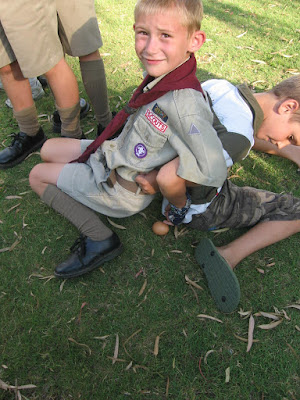 The seond team challenge was "laying an egg for breakfast" and I thought every egg would break but the cubs really surprised me!
Cubs are paired up back to back and a raw egg is placed between the two of them. They must work out how they are going to "lay their egg" without breaking it.
Both teams did equally well - so there was no out-right winner of the team challenges! 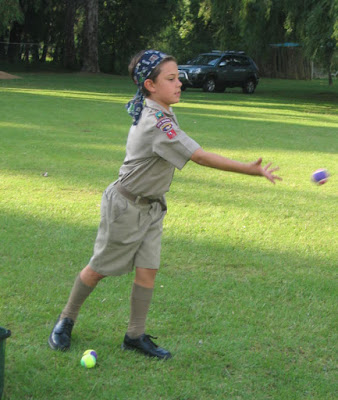 .. so on to the individual challenge and each cub was given 3 balls to see how many tins they could hit. 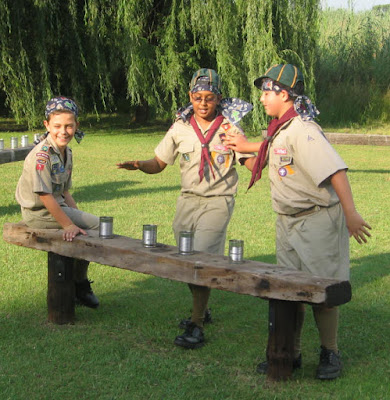 Our ball catchers!
We finally had a winner of the individual challenge and it was nearly home time! 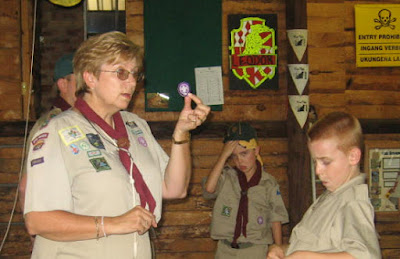 A very special occassion - it was time to invest a New Chum and from all of us at 9th Benoni we say a warm welcome! 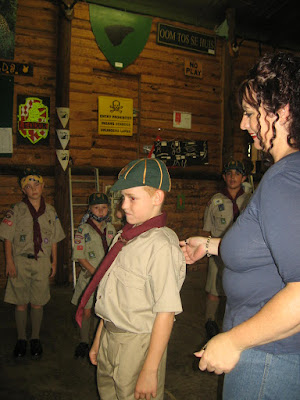 Newly invested Cub with mom.
Everyone had a tremendous time being "Survivors" and fortunately no-one was sent to Exile Island!
Next week will be just as much fun.
Till then
Keep Cubbing
Akela Joy
Posted by Akela Joy at 9:51 AM

Akela Joy
Gauteng, South Africa
ADC-Cub Programme of the East Rand District; have 2 teenage sons one of which is a Springbok Scout. I am passionate about Scouting, Crafts, Scrapbooking.